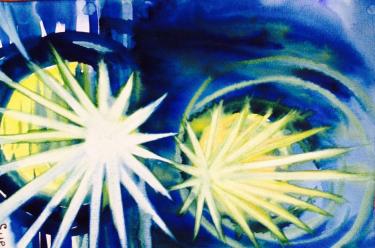 The ORE Core operates as the public face of the UW ADRC, actively facilitating community and professional outreach and education programs so that UW ADRC researchers may find and then enroll people who might be interested in helping develop ways of treating and preventing Alzheimer’s disease, particularly people from minority communities that have been historically underserved by researchers, such as the African American and American Indian communities. To this end, Core members collaborate extensively with the Alzheimer's Association, the African American Advisory Board, Partnerships for Native Health, and the UW ADRC Satellite Core. In addition to recruiting and retaining research participants, the ORE Core works to educate professional clinicians and family caretakers in the recognition and treatment of Alzheimer’s. The Outreach, Recruitment, and Engagement (ORE) Core publishes Dimensions, a magazine that features new developments in ADRC research and the Memory and Brain Wellness Center community education programs.

Specific Aim 1. Recruit and retain research participants for UW ADRC-, ADC program- and NIA- affiliated research projects. Increasing recognition of the importance of using neuroimaging and biospecimen biomarkers to evaluate novel AD therapeutics in the earliest stages of AD requires recruitment of persons with mild cognitive impairment, early stage AD dementia, and older persons with intact cognitive function who may be in the presymptomatic stage of AD.

Specific Aim 2. Recruit and retain research participants from underserved Puget Sound minority communities. We are currently focused on American Indian / Alaska Native populations, in particular, the markedly underserved local urban community. In this effort, we collaborate with the UW ADRC Satellite Core and the Washington State University Partnerships for Native Health (P4NH). P4NH is one of the largest groups nationally conducting health research, education, outreach, and advocacy with and for Native populations.

Specific Aim 3. Educate professional clinicians and lay care providers in the recognition and treatment of AD and facilitate the multidisciplinary training and mentoring of new investigators in AD and related disorders. We engage in outreach to the community both directly from the ADRC and ORE Core, in partnership with the Alzheimer’s Association of Central and Western Washington, and with P4NH.

NIA is excited to release Together We Make the Difference, a national strategy to spur recruitment for #Alzheimers and related dementias research https://t.co/QKLN6xJNl3 #ResearchDiversity