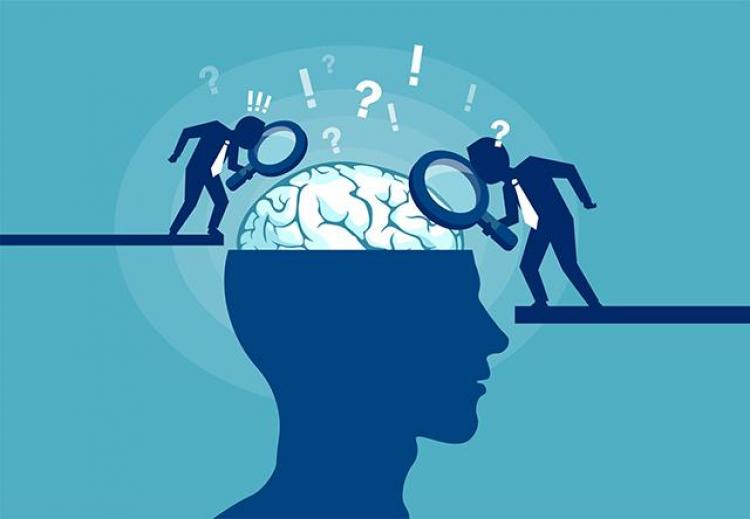 UW Medicine was one of the clinical trial sites for aducanumab, a drug approved by the FDA to slow the progression of Alzheimer’s disease. The drug created by Biogen is not a cure and it’s not for everyone. But researchers say it marks a new era in Alzheimer's research, with more potential treatments in the pipeline.

Around the country, the National Institutes of Health funds 32 Alzheimer Disease Research Centers, including one at the University of Washington School of Medicine. The center, started in 1985, was awarded $15 million in 2020 over five years to continue its work.

We checked in with Thomas Grabowski, the director of UW Medicine’s Alzheimer Disease Research Center, on progress in Alzheimer’s research. Grabowski is a professor of neurology at the University of Washington School of Medicine.

Will we have a cure in our lifetime?

On June 7, 2021, we entered a new era in Alzheimer’s research upon the FDA’s approval of aducanumab for patients diagnosed with Alzheimer’s. We are where HIV/AIDS was 20 years ago when AZT came along as the first medication to stop the progression of a disease with no treatment or cure. Over time, more and more medications came on the market, which were less toxic, more effective, and now people with HIV/AIDS are living normal lives.  We think Alzheimer’s will be like that. We will be able to improve on this first step with aducanumab.

Are you working on any exciting drug trials?

UW Medicine has a burgeoning clinical trials program for Alzheimer’s disease. We are involved in a number of studies for the prevention of Alzheimer’s disease and treatment of memory loss and dementia. We are proud to have been a site of the clinical trial of aducanumab, the first medication that can lower brain amyloid, which hopefully will help slow the progression of the illness. Currently, the AHEAD trial is testing lecanemab, similar to aducanumab but given to participants 15 years before their symptoms are predicted to start. These are people with normal cognition but who have elevated levels of amyloid in their brain. The hope is that very early intervention can meaningfully prevent the progression of the disease.

Our newest clinical trials for treatment or prevention of Alzheimer’s dementia include studies of donanemab by Eli Lilly, metformin (Glucophage® XR), and the Green Valley-971 protocol. We are excited to be part of the PEACE-AD trial of prazosin for severe agitation in the later stages of Alzheimer’s disease.

We are also one of the study sites for Seattle biotech Athira Pharma, which is now investigating its new growth factor therapeutic called NDX-1017. The drug could halt or reverse degeneration that causes Alzheimer’s and other illnesses including Parkinson’s and ALS, also called motor neuron disease.

You can view all currently enrolling trials on our website.

What should be people know about Alzheimer’s research?

It’s now possible to diagnose Alzheimer’s very early in its course with biomarkers. As we do that, we learn about multiple types of Alzheimer’s disease. We think this has the potential for a precision medicine approach to different forms of the disease. Now we are concentrating to divide Alzheimer’s into those subtypes.

We also realize how to integrate biological research programs with clinical and outreach activity. Our philosophy is to look not only at what’s lost but also what’s spared. We can help people live well with memory loss.

How can researchers help people live with memory loss?

We now have the first medication to change the biology of Alzheimer’s in certain patients. We can also help people build better brain reserves. It is possible to build a stronger brain. Alzheimer’s risk is modifiable by lifestyle. More education or more cognitive challenges and better cardiovascular health make you relatively resilient. And people can participate in research.

How can I determine if I’m at risk for Alzheimer’s?

If you think you are having trouble with memory or thinking, you could make an appointment at the Memory and Brain Wellness Center and get cognitive tests to see how you measure up to your peer group. If we find objective evidence of memory weakness, you may get a brain scan and a test of spinal fluid. You could still be competent and working but have mild cognitive impairment. We think that’s the right stage for diagnosis and obtaining help. We could enroll you in a study and offer interventions to build brain reserves.

What is the Alzheimer’s Disease Research Center known for?

Our center made its name on the genetics of Alzheimer’s disease. We helped discover some of the genes which cause early onset, especially Presenilin 2. We are well-known for spinal fluid biomarkers of Alzheimer’s disease, which can disclose status 10 to 15 years before onset. This is very important for research. We are strong on the biology of Alzheimer’s disease and related conditions, with leading-edge neuropathology, stem cell modeling, and disease pathway programs.

We have also become known more recently for our work with American Indians and Alaska Natives, one of the highest risk groups for Alzheimer’s. The center is building on extensive research and outreach activity in partnership with colleagues at Washington State University, and will work to bring this under-represented group into full participation in Alzheimer’s research.

Tell me about the Memory and Brain Wellness Center?

In 2013, we launched the Memory and Brain Wellness Center clinic at UW Medicine to have a solid clinical partner for UW Medicine’s Alzheimer’s research program. We moved the Alzheimer Research Development Center from the VA Puget Sound Health Care System to Harborview Medical Center to be closer to patients and our research team. The Memory and Brain Wellness Center sees about 1,000 new patients annually and supports a strong clinical trials program. The center is funded by philanthropy and clinical funding.

What kind of resources does the center have for researchers?

We maintain a cohort of 400 well-characterized patients and their biospecimens that can be used in studies. We have a vigorous and cutting edge autopsy program that is the gateway for biological work. We offer grants to new researchers. And we work with researchers at several institutions to share knowledge and collaborate.

The benefits and risks of the new Alzheimer’s drug by Thomas J. Grabowski and Charles Bernick - Seattle Times Opinion,  June 16, 2021