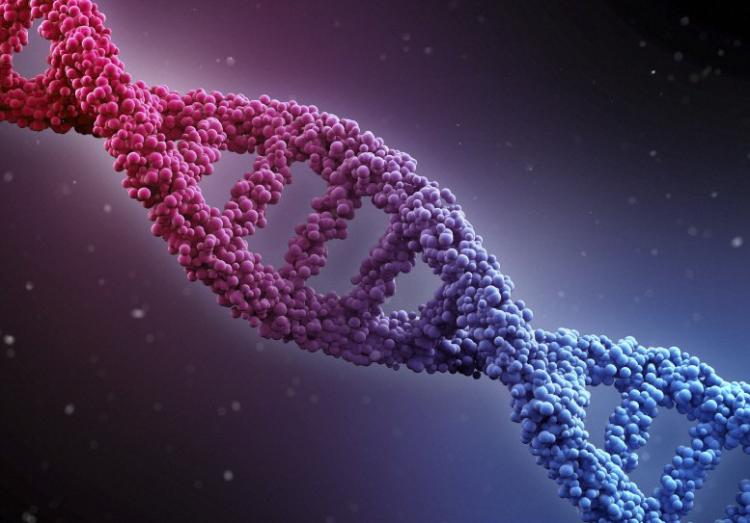 *Parts of this story appear in the May/June Issue of The Bulletin | King County Medical Society. View Article PDF

Thomas Bird, the Chief of the UW Division of Neurogenetics, keeps folders of thousands of unsolved dementia cases. These are families who show a pattern of Alzheimer's or related diseases but test negative for any of the known gene variants linked to neurodegeneration. That stack of files has begun to shrink, thanks to the increasing availability of a technology called whole exome sequencing—a way to search the genetic code for gene variants potentially related to disease. When Bird sent a batch of blood samples from his mystery cases over to the UW Center for Precision Diagnostics (CPDx) for exome sequencing, he got a surprise: two new variants of the Presenilin 1 gene likely to cause Alzheimer's disease.

The exome is the 2% of the 3.2 billion bases of the human genome that codes for proteins. This small but mighty slice of DNA is the part of the genome that researchers know enough about to infer the pathological consequences of variations in its code. So, sequencing the exome, rather than the whole genome, is currently the most practical way to identify the genetic culprits in many diseases.

Whole exome sequencing is particularly effective in cases of neurodegenerative disease, such as Alzheimer's and Parkinson's diseases, ALS, and frontotemporal degeneration (FTD), because they often have a genetic basis. About 30% of cases involve some genetic risk factor. An estimated 3% of Alzheimer's cases and 10% of each of the other conditions are ‘familial,’ or caused by single mutations inherited from a parent, and usually onset before age 65.

Last spring, the UW CPDx began to offer on-demand exome-sequencing services, making it faster and easier for medical genetics clinics to take advantage of the tool for diagnosis and family counseling. “Exome sequencing used to be a Hail Mary, a last resort in complex cases,” says Brad Rolf, a genetic counselor in the UW Adult Genetics Clinic. “Nowadays, when a test for a known mutation comes back negative, we’re more often saying, ‘continuing with more single gene tests will be expensive—let’s just get the whole exome sequenced at once and see if we get any hits’.”

Genetic sequencing at the UW

While the discovery of a rare or novel genetic variant in a patient’s freshly sequenced exome often ends a family’s stressful diagnostic odyssey, the finding doesn’t immediately translate into medical guidance. As with Bird’s new Presenilin 1 variants, researchers often don’t yet have enough information to talk about what it really means to a family—the likelihood of the variant ever causing disease in a patient’s relatives, the expected age-at-onset, or the exact nature of symptoms.

“We have a lot of work to do to interpret and use the boatloads of genetic information coming from whole exome sequencing in dementia cases,” Bird says, “because we don't always know whether the variants we find are pathogenic or benign. But there’s no going back now. Whole exome sequencing is the future.”

Indeed, exome sequencing will be a significant addition to the Alzheimer's disease precision-medicine tool chest, as more and more affected families demand information about their risk, treatment options, and eligibility for clinical trials of targeted therapeutics. Eyeing this future, Seattle-area philanthropists Tom and Sue Ellison recently gifted $6 million to the UW to launch the Therapeutic Pipeline Project to accelerate Alzheimer's disease treatment. Part of this funding goes to Suman Jayadev, assistant professor of neurology at UW, to establish the role of exome sequencing in clinical decision-making and research in Alzheimer's disease and related conditions.

Exomes in the Clinic

As someone who counsels people at risk for Alzheimer's disease and studies presenilin mutations in the lab, Jayadev is familiar with the wide gap between what patients want to know and what she can tell them. “So, I’m very interested in how personal exome sequencing will change the management of dementia patients, affect patients’ expectations of their physicians, and further the quest for treatments,” she says. In other words, she wants to smooth out any bumps in the road that crop up at the intersection of exome sequencing and patient care.

Jayadev is running what is essentially a dress rehearsal of a precision-medicine era dementia clinic. The cast of characters includes an exome sequencing team, a neurogeneticist, a genetic counselor, and two hundred people who have early-stage dementia or a family history of dementia but no known genetic mutation. The participants must agree to learn about the contents of their exomes to take part in the unique study.

“This is exciting because for a long time, geneticists shied away from talking to people about later onsetting disorders and what may or may not happen in future,” says Michael Dorschner, director of the Northwest Clinical Genomics Lab, in the CPDx, who will perform the whole exome sequencing and analysis, and then write up a report of any highly likely or probable disease-linked variants that pop up in patients’ exomes as well as any ‘incidental findings,’ or known genetic risk factors for a disease such as breast or prostate cancer that may be clinically actionable.

To identify deleterious gene variants, Dorschner’s team compares a patient’s exome with the sequences of 60,706 human exomes available from the Broad Institute of MIT and Harvard’s ExAC Browser and 6,503 exomes in the UW’s Exome Variant Server. If the patient’s gene variant is rare or absent in the reference records, a sign that it departs from what’s common in the wider population, it’s likely pathogenic. They’ll also take note if the variation occurs in the part of the exome that has remained ‘highly conserved’, or unchanged, over evolutionary time because of its critical importance to survival—mutations here are a bad sign.

Back in the clinic, the project’s genetic counselor Brad Rolf will share the exome sequencing results with the study participants. In the process, some people will finally hear the cause of their condition. Some will get an answer to the “Why me?” question. Others will learn that they carry a rare genetic variant, but that it’s not yet clear how much it raises their risk of developing Alzheimer's-type dementia in the next decade. In his role, Rolf will evaluate what works and what doesn’t work in the conversations, whether people get what they expected, and how that translates to satisfaction.

From Rolf’s perspective, there’s far-reaching value in creating a model for exome-based genetic counseling in neurology. “Many neurologists have taken a special interest in genetics because so many of the conditions they see have a genetic basis,” he says. “So in the future, more providers who don’t have an expertise in genetics will be ordering exome-sequencing tests. We hope that a summary of our experience can help provide guidance for genetic counseling in this particular population, especially as single-gene tests are phased out and exome sequencing becomes a first-line choice.”

The Future Is Now

In the precision medicine Alzheimer's disease clinic of the future, exome sequencing results don’t just sit gathering dust in a patient’s file after counseling. They inform clinical research and a tailored therapeutic strategy. The UW’s Therapeutic Pipeline Project aims to prototype this process by starting to amass the patient information needed to characterize the different genetic fingerprints that mark neurodegenerative conditions. Ultimately, researchers hope to create groups of people based on their genetic variants and underlying biochemical flaw.

What makes the Therapeutic Pipeline Project uniquely powerful in this respect is the melding of clinical care and research. The study participants are not typical research subjects. “They’re not de-identified record numbers—they are our patients,” says Jayadev. “We know these people and their entire clinical history.” This relationship allows the UW team to draw ever more detailed links between genes and disease.

“It just brings us closer to the day when John comes into our clinic with signs of early dementia,” says Jayadev, “and our whole exome sequencing shows that he doesn’t have a known gene mutation but that he’s got a variant in this one gene that acts very similarly to a gene we already know a lot about. So, we say, ‘well, this is new, but you probably fall into the category of Alzheimer's disease with neuroinflammation, and there just so happens to be a targeted therapeutic in development.”

That day may already be here. The Dominantly Inherited Alzheimer's Network Trial (DIAN-TU), at 13 sites including the UW, is now testing two therapies in pre-symptomatic Alzheimer's gene-carriers in hopes of reversing or preventing encroaching disease. The UW is also participating in the EMERGE clinical trial of the drug Aducanumab in early stage Alzheimer's patients. A Phase 2 clinical trial is evaluating the safety of a drug to treat a form of FTD caused by mutations in the progranulin gene, and the new Advancing Research and Treatment for Frontotemporal Lobar Degeneration (ARTFL) Consortium will coordinate and run clinical trials at 14 sites in the US and Canada.

In this context of burgeoning opportunity, whole exome sequencing will help match patients or at-risk individuals with trials that they wouldn’t have qualified for otherwise. That, of course, will require mining many more exomes, long after the Therapeutic Pipeline Project has finished paving the way. Fortunately, the thousands of unsolved dementia cases at the UW Division of Neurogenetics could reportedly keep the CPDx busy for years. —Genevieve Wanucha

*Parts of this story appear in the May/June Issue of The Bulletin | King County Medical Society.

There's no going back now. Exome sequencing is the future.