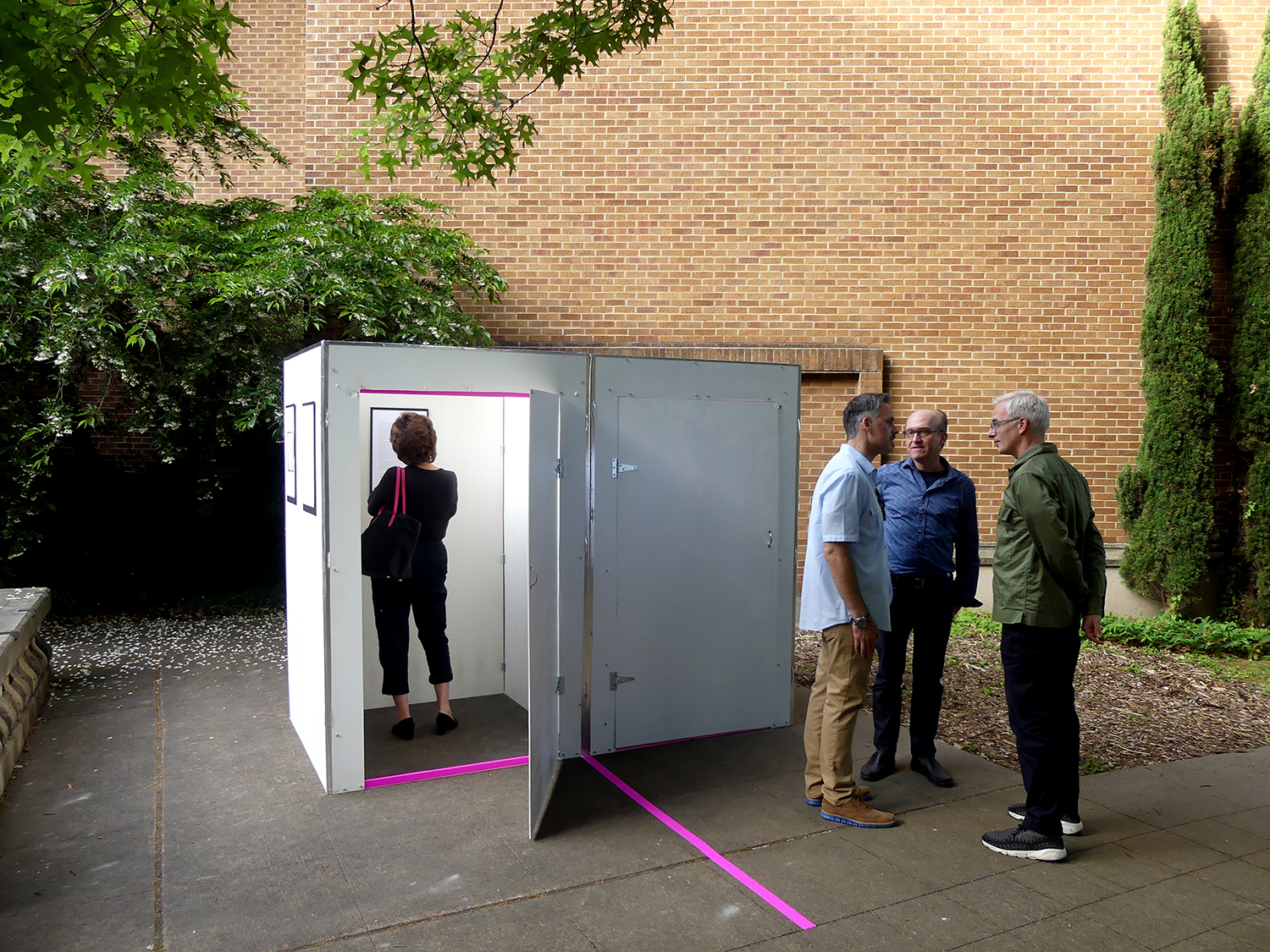 EKPHRASIS of BECOMING is an ontological exercise regarding the nature of a creative process — specifically addressing the continued inclusion and effectiveness of painterly practice, both as a significant philosophical discipline, as well as a critical discourse, in the current art environment, which is increasingly moving towards audience participation and techno-human interface. The project aims to explore ideas of authorship/production, audience participation, objectivity, medium specificity, and re-integration, as well as conceptual practices and process-based framework.

Miha Sarani is a visual artist, an art historian, and an art educator. Born and raised in Ljubljana, Slovenia, he permanently moved to United States in 2007, after spending almost a decade living in Italy. He received a BFA in Painting + Drawing from the University of Washington. Miha’s work has been shown at art museums and galleries, featured in art journals, publications, and on music album covers. His large Koncentrik Painting series is owned by the University of Washington and on permanent display at the Mary Gates Hall. He lectures on art history, as well as the practical aspect of art making, for Bellevue College Continuing Education TELOS program, the OSHER program at the University of Washington, and Kirkland Arts Center.

Miha is also passionate about music and in 2016 released his first music album Emona Au Revoir. It was included in Seattle Public Library’s PlayBack program the following year. He lives and works in Seattle with his wife Tomitha and their dog Blue.